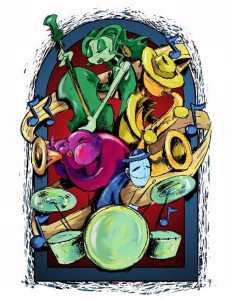 The 18th Annual Twin Cities Jazz Festival will boast headliners NEA Jazz Masters Ellis and Delfeayo Marsalis, modern guitar wizards Russell Malone and John Pizzarelli. and cross-over star Michael Franti, director Steve Heckler announced today. The festival, to be held June 23-25 in and around Mears Park in Saint Paul’s Lowertown arts district, will present three days of music on the Mears Park Main Stage, Sixth Street Stage, Union Depot Stage, and a new stage in Lowertown, as well as performances at over 20 area clubs, bars and studio venues. Noted St. Paul Mayor Chris Coleman,  “The Twin Cities Jazz Festival perfectly represents what we’re celebrating with the Year of Music here in Saint Paul,” said Mayor Chris Coleman. “Our streets fill with people, our clubs become packed with crowds, and some of the best musicians in the world come right here to Saint Paul – an amazing example of arts and music as the heartbeat of a vibrant community.”

A middle brother of the famed Marsalis siblings, New Orleans native trombonist Delfeayo Marsalis largely stayed in the background through the first part of the new century, playing sideman to the late Elvin Jones and others, and concentrating on an impressive career as a Grammy-nominated record producer. Since releasing Minion’s Dominion in 2006, his performing career has been in high gear, with particular accolades for his re-orchestration of Ellington’s Sweet Thunder (2010) and his Last Southern Gentleman (2014), which paired him with his father, Ellis Marsalis, Jr. Delfeayo is an accomplished composer, producer and educator who has written over 80 works to help introduce youngsters to jazz and has garnered multiple Grammy awards and nominations for production projects. With his father and brothers Wynton, Branford and Jason, he was named an NEA Jazz Master in 2011. Delfeayo last appeared at the Twin Cities Jazz Festival in 2012, and as performed at the Dakota Jazz Club several times in the past decade, most recently in spring 2015. (Delfeayo Marsalis Quartet, Thursday, June 23, AARP Main Stage at Mears Park)

A true jazz patriarch, pianist Ellis Marsalis is regarded by many as the premier modern jazz pianist in New Orleans.  The senior Marsalis began freelancing on the New Orleans music scene in the mid-60s, performing at the Playboy Club, Al Hirt’s nightclub, Lu and Charlie’s, Storyville, and Crazy Shirley’s while teaching as an adjunct professor of African American Music at Xavier University and later as Chair of Jazz Studies at the University of New Orleans. In 2011, Marsalis and his jazz artist sons were named NEA Jazz Masters, the first group award ever distributed by the National Endowment for the Arts. Ellis continues to be active as a performing pianist, leading, and occasionally touring with, his own quartet. With son Delfeayo, Ellis was most recently in the Twin Cities at the Dakota Jazz Club with the Last Southern Gentleman tour. (Ellis Marsalis Quartet, Friday, June 24, AARP Main Stage at Mears Park)

Russell Malone is one of the most lauded jazz artists of his generation. A self-taught guitarist, he grew up surrounded by the blues and country music of his native Albany, Georgia. His early career included stints with master organist Jimmy Smith and Harry Connick’s orchestra, appearing as a featured performed in Robert Altman’s 1996 film Kansas City, and later touring and recording with Diana Krall. Accompanying Krall, Malone contributed to her first four Grammy-nominated albums, including the Grammy-winning When I Look Into Your Eyes. Russell also toured and recorded as a duo with firebrand pianist Benny Green, from 2003-2007. Most recently, Malone has led his own quartet and trio, appeared with Sonny Rollins, Bill Frisell, Diane Reeves and Rombero Lubambo, and in fall 2015, appeared at Walker West Music Academy with Ron Carter’s Golden Striker Trio. Noted Vintage Guitar Magazine, “Malone is a master of ballads – it would be hard to find a jazz guitarist as skilled at chordal work…” (Saturday, June 25, AARP Main Stage at Mears Park)

A second generation guitar legend, John Pizzarelli  was hailed by the Boston Globe for  “reinvigorating the Great American Songbook and re-popularizing jazz.” Growing up in New Jersey, Pizzarelli was surrounded by the jazz greats who played with his father–and first professional partner — Bucky. John’s vocal talent as well as his guitar wizardry and trio leadership have earned him numerous comparisons to Nat King Cole. A prolific recording artist with two dozen albums as leader, Pizzarelli garned a GRAMMY nomination for his collection of Richard Rogers tunes, With a Song in My Heart (2008). His most recent release, Midnight McCartney (2015), pays homage to the post-Beatles compositions of Paul McCartney. John is also a popular radio personality, co-hosting the syndicated show Radio Deluxe with John Pizzarelli, alongside wife/vocalist Jessica Molasky, with whom he performs annually at the famed Cafe Carlyle. With his quartet, John Pizzarelli has appeared several times in the past decade at the Dakota Jazz Club in Minneapolis. (John Pizzarelli Quartet, Saturday, June 25, AARP Main Stage at Mears Park)

American rapper, poet, spoken word artist, filmmaker and singer-songwriter Michael Franti is recognized as a pioneer in the use of music to promote social change, as well as for his high-energy performances. His own background–an African American adopted by white parents in the predominantly Black community of Oakland, CA–fueled his quest for both cultural and artistic identity, working his way through the 80s hip-hop movement, jazz-influenced heavy rap, techno, rock and funk. Projects have included Beatnigs and Disposable Heroes of Hiphoprisy, along with his long-running band Spearhead. Their most recent album, All People (2013), followed The Sound of Sunshine,  nominated for the 2010 NAACP Image Award. (Michael Franti and Spearhead, Saturday, June 25, TBA) 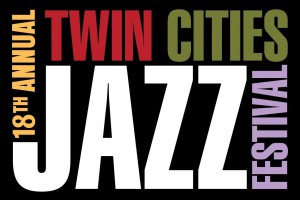 The Twin Cities Jazz Festival, established in 1998, is a non-profit organization, with a mission to keep the art form of jazz alive and well in our community. Support for the 2016 Twin Cities Jazz Festival is provided by AARP, Blue Cross Blue Shield of Minnesota, Xcel Energy, Oppidan Investment Company, Custom House, the Knight Foundation through its Knight Arts Challenge, Minnesota State Arts Board Festival Support Grant, NEA, and the City of Saint Paul Cultural Star.